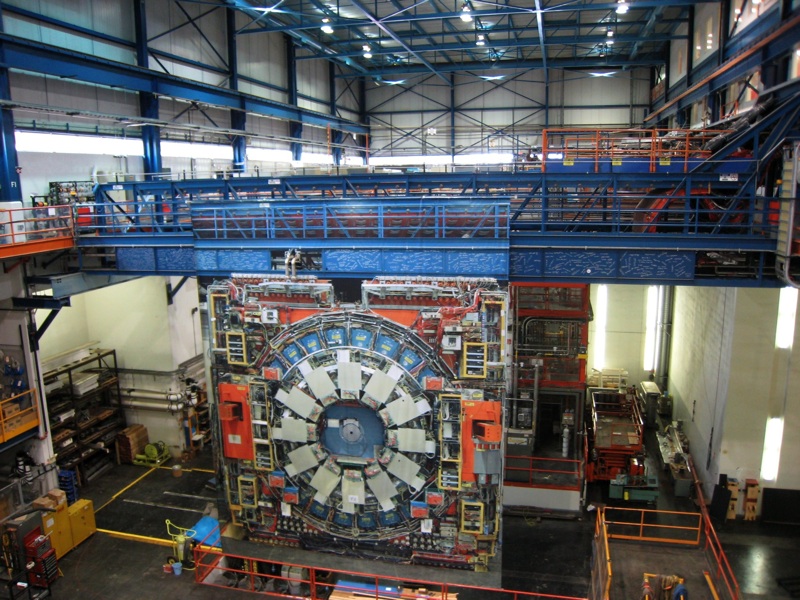 The Joint Techs meeting at Fermilab (just outside of Chicago) has just finished up. A few interesting talks (and some fun ones too, check out Alan Whinery’s lightening talk). I got a chance to tour the Collider Detector Facility. The Detector itself is installed in the Collision Hall (behind some serious blast doors) but in a brilliant stroke of PR the Fermi folks took a photograph of the Detector just before it was installed and then got a company that makes billboards to produce a full size image of it which hangs in the Assembly Hall.